Product Label Printing down the years

For almost as long as we’ve been trading goods with each other, there’s been a need for product labelling.  The basic function of the product label hasn’t really changed – primarily, there’s always been a requirement to give information about the product inside the container – whether it’s just the nature of the contents or something more specific such as date of production.  But as trading of products became more sophisticated and competitive, the requirement for labels to steer the customer towards your product rather than that of your competitor became an important factor. 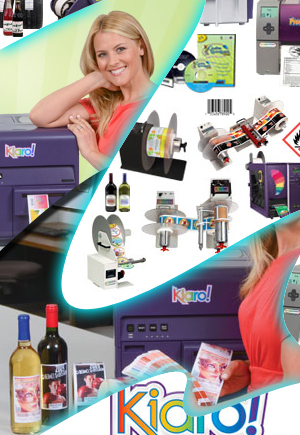 Perhaps the earliest example of commercially produced label printing designed to attract as well as inform the customer is the lithographic prints used by traders in the early 1800s to identify a particular grower’s fruit and vegetable produce at market.  These early examples have since become collectors’ items in their own right.

Perhaps the most important step in the development of modern label printing came in the 1930s when R Stanton Avery patented a process to manufacture the world’s first commercially produced self-adhesive label.  Avery’s labels used an adhesive coating technique which became the basis for the pressure-sensitive labels which are almost ubiquitous in industry today.

As digital printing technology emerged and developed, the laborious, expensive and limited production process of lithographic printing gave way to the much more flexible, fast and cheap methods of colour label printing which are so widely used by the manufacturing and packaging industry.  This development has also had the effect of freeing producers from the need to order large batch quantities of product labels from specialist printers.  In-house digital label printers are now widely available from specialist providers such as QuickLabel, allowing computer control of the printing process and flexible production of product labels on a just-in-time basis minimising cost and waste.

While the technology used to produce labels has developed, the basic function of the product label - to attract and inform the customer - remains the same.  In some ways, this is quite literally the case.  The readily identifiable corporate logos of firms like Heinz and Coca Cola have their origins in the late 1800s and early 1900s.  In allowing customers readily to identify, and even identify with, the manufacturer’s product, these designs have significant commercial value and, as such, remain jealously guarded intellectual property.  Even marketing ploys like Heinz’ 57 varieties (there never were 57 varieties in the Heinz range, but the company’s founder liked the sound of the number!) still feature on product labelling today.

In many ways, the greatest change has been seen in the information which labels provide.  In some respects, this has been a response to statutory requirements to include information such as sell-by dates, ingredients or other important customer information.  Other information, such as barcodes and batch numbers allow manufacturers and retailers to take advantage of a greater degree of automation in tracking products and stock control.

While label printing technology may have changed, and the information which labels provide has evolved, the basic need to inform and attract in equal measure still remains the ultimate design requirement in design and production of product labelling today.