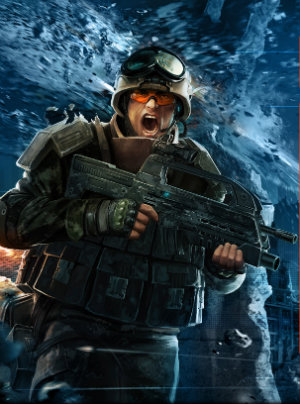 Online action games come in various forms but one of the most recent and popular ones is that of the MOBA, or 'multiplayer online battle arena'. MOBA games revolve around the central concept of fusing two genres together, those of action games and strategy games. The first person multiplayer element of action shooters is combined with the single player RTS (real time strategy) formula that goes into strategy games; together they form multiplayer games with lots of individual players, in the first person, forming an army that can fight in the third person.

One of the most highly anticipated MOBA releases of 2013 is Bigpoint's Merc Elite, a modern military MOBA that lets players fight as elite mercenaries in a global battle for survival. Just like this game, when it comes to browser games there are armies of elite online gamers already out there, having been honing their gaming skills against each other for years. However, with the mainstream MOBA genre being relatively new, the gaming community will not have had that much time to practice and develop the interesting mix of combat and tactical skills that such a game provides.

However, if you are not one of the world's online gaming elite, fear not as online gaming is one of the fastest growing hobbies on the planet. When you first start out, one of the main questions to consider is what type of browser game to try playing first. Games like MOBAs and similarly modern, cross-genre games are a good starting point as they allow you to experience various bits of online gameplay; perhaps shooting isn't for you but you find the multiplayer and strategic aspects of play enjoyable. In this case it would be advisable to focus more on pure strategy games, but you will pick it up as you go along. Soon you too will be part of an elite army of gamers that roams the internet.